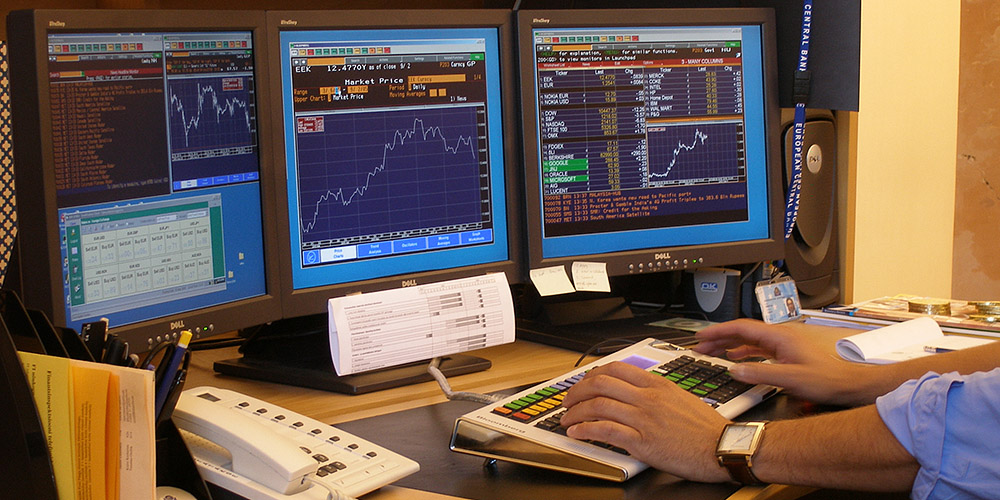 The efficient frontier was first defined by Harry Markowitz in his groundbreaking (1952) paper that launched portfolio theory. That theory considers a universe of risky investments and explores what might be an optimal portfolio based upon those possible investments.

Consider an interval of time. It starts today. It can be any length, but one-year is typically assumed. Today’s values for all available risky investments are known. Their accumulated values (reflecting price changes, coupon payments, dividends, stock splits, etc.) at the end of the horizon are random. As random quantities, we may assign them expected returns and volatilities. We may also assign a correlation to each pair of returns. We can use these inputs to calculate the expected return and volatility of any portfolio that can be constructed using the available instruments.

The notion of “optimal portfolio” can be defined in one of two ways: 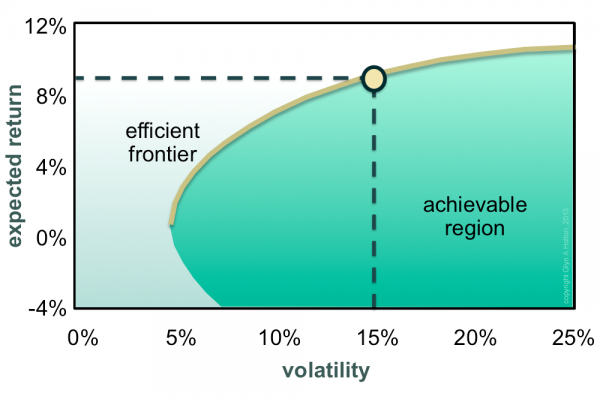 The orange curve running along the top of the achievable region is the efficient frontier. The portfolios that correspond to points on that curve are optimal according to both definitions (1) and (2) above.

Typically, the portfolios which comprise the efficient frontier are the ones which are most highly diversified. Less diversified portfolios tend to be closer to the middle of the achievable region.