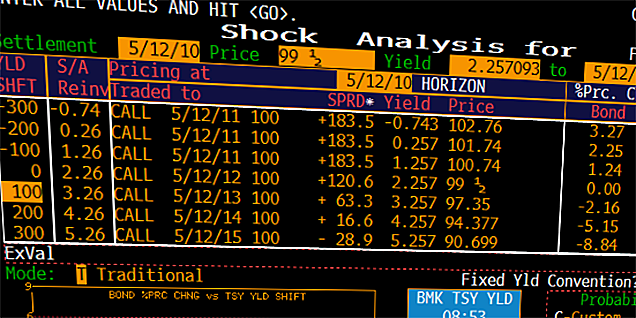 A call provision need not be exercised to the bond holder’s economic detriment. For example, an issuer might exercise a call provision to retire a secured bond whose indenture places unwanted restrictions on the sale of collateral. This might be inconvenient for investors, but it would do them little economic harm. Such redemptions are rare. Generally, a bond is called when it is economically beneficial for the issuer to do so—and economically detrimental to bond holders. The typical scenario is that interest rates fall, so the issuer calls the bonds and issue new bonds at the lower interest rates. Such a transaction is called a refunding. It benefits the issuer, but investors are forced to surrender their high-coupon bonds and reinvest in the lower interest rate environment. 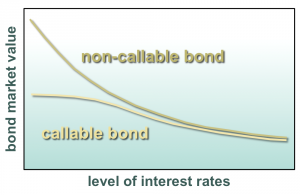 The bundled short call option makes callable bonds difficult to analyze. The yield on a non-callable bond depends upon interest rates and the issuer’s credit quality. The yield on a callable bond depends upon both of these and the value of the embedded call option. This makes yields on callable and non-callable bonds not directly comparable. Also, yields on two callable bonds cannot be directly compared either, since their call features may differ in terms of call protection, call schedules and the degree to which the call options are in-the-money or out-of-the-money. Further complicating matters, the value of the call option depends on the volatility of interest rates, which can change unpredictably.

There is also the question of what measure of yield to consider when comparing bonds. Nominal yield and current yield are problematic with any bond. While yield to maturity is useful for comparing non-callable bonds, it is somewhat meaningless for callable bonds—which may be called long before they mature. Yield measures designed specifically for callable bonds—such as yield to first call or yield to worst—offer an indicating of value that is crude at best.

Sophisticated analysis of callable bonds requires the use of financial engineering techniques that simultaneously value the credit risk, interest rate risk and optionality of a callable bond. Few investors have the resources to perform such analyses.