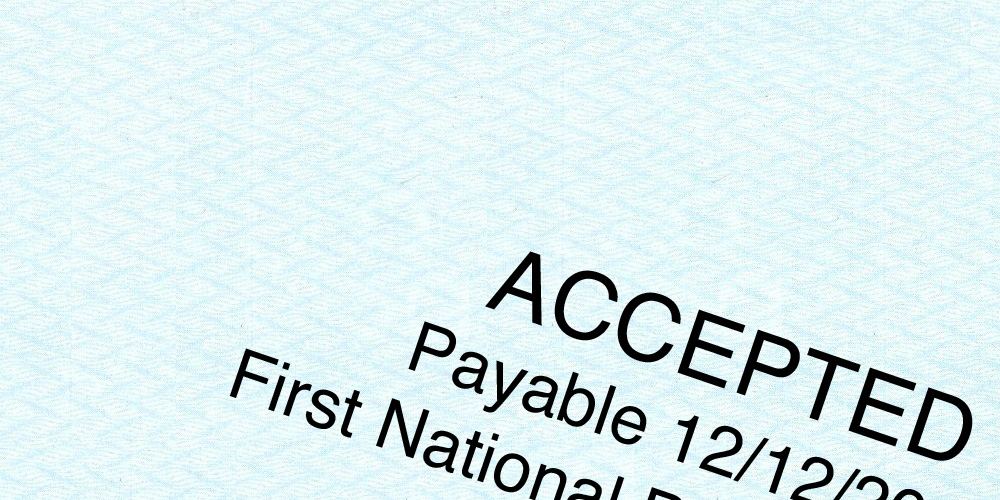 A bankers acceptance (BA) is a money market instrument: a short-term discount instrument that usually arises in the course of international trade. Before we explain BAs, let’s introduce some more basic concepts.

A draft is a legally binding order by one party (the drawer) to a second party (the drawee) to make payment to a third party (the payee). A simple example is a bank check—which is simply an order directing a bank to pay a third party. The three parties don’t have to be distinct. For example, someone might write himself a check as a simple means of transferring funds from one bank account to another. In this case, the drawer and payee are the same person. When a draft guarantees payment for goods in international trade, it is called a bill of exchange.

A draft can require immediate payment by the second party to the third upon presentation of the draft. This is called asight draft. Checks are sight drafts. In trade, drafts often are for deferred payment. An importer might write a draft promising payment to an exporter for delivery of goods with payment to occur 60 days after the goods are delivered. Such drafts are called time drafts. They are said to mature on the payment date. In this example, the importer is both the drawer and the drawee.

Bankers acceptances are quoted in discount form. Maturities are generally between one and six months, and they trade as bearer instruments. Their credit quality is excellent. Not only are they a primary obligation of the accepting bank, but they are usually also a contingent obligation of the drawer.

Bankers acceptances trade at a spread over T-bills. The rates at which they trade are called bankers acceptance rates (or BA rates). The Fed publishes BA rates in its weekly H.15 bulletin. Those rates are a standard index used as an underlier in various interest rate swaps and other derivatives.