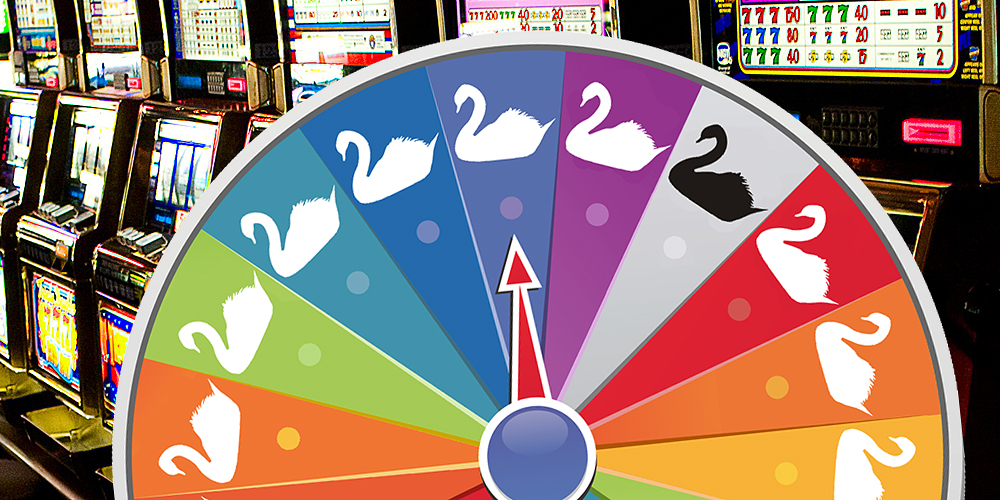 Imagine you are presenting to the board about risk management. The presentation is going well, and you are about to finish up when a board member stirs. He hasn’t said a word the entire meeting, so this is his chance to look smart. He asks

“What are you guys doing about black swan risk?”

What a way to ruin your day!

The concept of black swans was introduced in a book of the same name by Nassim Taleb, a long-time critic of risk management. If you were around in the 1990s, you may recall him labeling people “charlatans” for using value-at-risk.

He defines a black swan as an event such that:

First, it is an outlier, as it lies outside the realm of regular expectations, because nothing in the past can convincingly point to its possibility. Second, it carries an extreme impact. Third, in spite of its outlier status, human nature makes us concoct explanations for its occurrence after the fact, making it explainable and predictable.

The third criteria is gratuitous, so people often ignore it.

For risk management, the implications are obvious: If the organizations we work for face risks we can’t even conceive of—black swans—we are powerless to address those risks.

But Taleb doesn’t waste his catchy phrase—black swans—criticizing risk management. For over a decade, he has been reinventing himself as a bubble-gum philosopher. He positions his black swans on the stage of the philosophy of history with a list of what he suggests are six historical black swans. The list is not particularly nuanced—the first two examples are World War I and World War II.

Are these black swans? Do they actually conform to Taleb’s definition?

The list is short, so we can go through it. To facilitate that discussion, let’s first distinguish between three types of potentially significant events:

Starting at the top with “the events of 1914”, these would be the assassination of Archduke Franz Ferdinand and the subsequent First World War. Do these represent a black swan? Are they beyond the “realm of regular expectations”?

I don’t think so.

Assassinations were common even before the Roman Senate assassinated Julius Caesar. By 1914, four Russian Czars had been assassinated as well as three United States Presidents. The Sarajevo police chief warned repeatedly that security precautions were inadequate for the archduke’s visit. The subsequent assassination was within the “realm of regular expectations”.

And so was World War I. Europeans had been waging wars since prehistory. For years, they had been preparing for another, amassing weapons and forming alliances. Yes, World War I witnessed unprecedented bloodletting and grinding trench warfare. But the trends toward total war and increasing body counts had been going on for a century. America’s Civil War had also experienced unprecedented bloodletting and grinding trench warfare.

So the assassination of Archduke Franz Ferdinand was a déjà vu event. World War I was a gathering storm event.

What about “the rise of Hitler and the subsequent war”?

Both were gathering storm events. War clouds had accumulated during the 1930s, and there was nothing beyond the “realm of regular expectations” in the rise of a ruthless dictator. History is full of ruthless dictators. Hitler even explained his plans in a two-volume book, Mein Kampf, in the nid-1920s.

What about the “demise of the Soviet block”?

Empires fall. Some are defeated militarily. Others rot from withing. The fact that the Soviet Union would fall was within the “realm of regular expectations”. So was the manner in which it fell. This was a déjà vu event.

Next on the list is “the rise of Islamic fundamentalism”. Violent political-religious movements have populated history. Consider the Jewish revolt against Ancient Rome, which lead to the destruction of the Jewish temple. A more recent example is Irish resistance to British rule. Such movements have seeds dating back decades, if not centuries. There are warning signs. Let’s not forget that the Muslim Brotherhood was founded way back in 1928.

What about the Internet? If that was a black swan, then so was the cotton gin, whose impact on the US economy and Southern slavery were profound. The power loom would also be a black swan, as would be the steam engine, penicillin, the automobile, the transistor, refrigeration, electric lighting, smart phones, dumb phones, the phonograph, anesthesia, photography, GPS, movies, x-rays, radio, television, the telegraph, ultrasounds, nuclear energy …

Taleb claims all inventions are black swans, but I disagree. Since the dawn of the industrial revolution, we have become accustomed to transformative inventions. Over the next hundred years, I expect transportation, communication, business, construction, agriculture and entertainment will be transformed. I don’t know specific details of the inventions that will facilitate this, but I know those inventions will come. When they come, they will be déjà vu events.

Was the 1987 stock market crash a black swan? C’mon. Market crashes and financial panics have been going on for centuries. By historical standards, the 1987 crash was mild—another déjà vu event.

Based on a reasonable interpretation of the definition, I find none of Taleb’s examples to actually be black swans.

In the prologue to his book, Taleb seems to take this position:

Fads, epidemics, fashion, ideas, the emergence of art genres and schools. All follow these Black Swan dynamics. Literally, just about everything of significance around you might qualify.

Remember that for an event to be a Black Swan, it does not just have to be rare … it has to be … outside our tunnel of possibilities.

My purpose is practical.

I am concerned that the term black swan frequently makes its way into discussions of risk management. In that context (irrespective of what Taleb does or does not say in his book) the term is understood to mean a risk that is impossible to imagine—one that lies “outside the realm of regular expectations, because nothing in the past can convincingly point to its possibility.”

So how do you prepare for risks you cannot imagine?

This is an embarrassing question for risk managers. But it is also a hypothetical question.

So how many angels can dance on the head of a pin, anyway?

We have seen how—in my opinion—Taleb failed to identify a single historical event that conforms to his definition of black swan. If we narrow the focus to risk management failures, can we identify any that conform to the definition?

Last week I shared a list of prominent risk management failures from the past 20 years. I have just gone through that list and identified each one as either a gathering storm, déjà vu or black swan event. Here are the totals.

You can see details of my analysis here, but let’s highlight a few representative examples.

In 1995, Barings Bank was suddenly wiped out by losses on unauthorized futures trades of a single trader in a remote Singapore office. This seems like a black swan event, but wait. Seven months earlier, an internal audit report had identified a problem:

One specific concern in the futures area is the level of margin calls paid … without knowing precisely on whose behalf the cash is being paid.

Those margin calls continued to accumulate to hundreds of millions of pounds, so multiple senior executives were not only aware of them but actively secured funds to pay them. Futures market participants knew of the enormous position Barings had accumulated. Two days before the bank imploded, a Tokyo newspaper reporter described that position as “the Barings overhang.”

So Barings was a gathering storm event.

The 1995 scandal over Bankers Trust’s misleading derivatives sales practices is interesting. Its fallout transformed sales practices industrywide. I don’t think anyone anticipated that, so on that basis we might consider the scandal a black swan. But from the perspective of risk management failures, the scandal was an all-too-familiar story: arrogant bankers took advantage of clients and suffered reputation damage as a result. From that standpoint, it is a déjà vu even.

What about the 2011 tsunami and nuclear disaster at Fukushima?

If you build a nuclear reactor right on the shore of earthquake-prone waters, tsunamis are a clear risk. Seven years earlier, another tsunami killed 230,000 people in fourteen countries. Fukushima was a déjà vu event.

As a final example, consider GM’s 2014 auto recalls. Through June 30, the firm made 45 recalls effecting 28 million automobiles worldwide. One particular problem was faulty ignition switches, which could cause car engines and electrical systems to shut down while driving. Several people were killed. GM’s management was aware of the problem for at least a decade, yet they continued to manufacture and ship cars with the defective ignition switches. This was a gathering storm event.

What these examples suggest, and my analysis concludes, and my 20 yeas in risk management confirm, is that black swans are not what cause organizations to suffer losses. Whether or not black swans are even a well defined notion is irrelevant. As a practical matter, risk managers need to be concerned with two types of events: gathering storm events and déjà vu events.

And we have tools to address each.

In the case of gathering storm events—where we perceive a specific problem developing—we can address that specific problem. How to do so is usually straightforward. Often the challenge is overcoming institutional inertia or resistance to the solution, as was evident in our Barings and GM examples.

We address déjà vu events with standard precautions, such as maintaining hedges, enforcing credit limits or conducting emergency drills. In this way, we avoid or mitigate problems without having to specifically anticipate them.