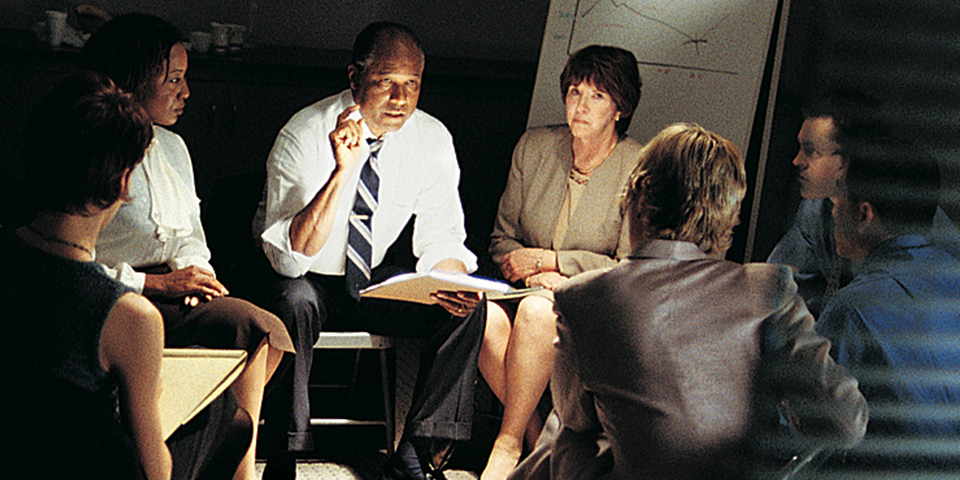 Conflict is a recurring problem for financial risk management. At your own firm, are risk managers dismissed as “risk police”? Are risk committee meetings contentious? Do traders hoard information? If you answered “yes” to some of these, you may have a serious problem.

I just returned from London where I conducted a two-day strategic planning retreat for a client. They are a private wholesale firm whose owners were at war with themselves. These are friends—or they had been—with many years experience in their industry. Since launching the firm a few years ago, they kept decision making informal. None has a controlling interest; one serves as president. She is, first and foremost, a salesperson. She has expanded the business rapidly, earning healthy profits. Staff has grown to about fifteen employees. Last year there were several large credit losses. Some of the owners tried to intervene and strengthen credit procedures. The president felt they were blaming her. She resisted.

As at many small firms, this one’s employees wear “multiple hats.” No one has full-time responsibility for credit. Overworked employees make subjective decisions to grant credit. Reporting to the president, they have felt compromised. She has often asked them to approve sales after she has made them. On one hand, the company is successful. On the other hand, credit losses have been large enough to threaten the firm’s survival, if things got out of hand.

Over severaal months, disagreement over how to strengthen credit risk management became contentious. Most of the owners wanted independent credit reviews based on more objective standards. The president described past credit losses as “mistakes” she had learned from. She wanted to “move on”. Others pressed for concrete action. She felt they should trust her. Senior employees were conflicted but mostly sided with the president. They worked with her every day and hardly knew the other owners.

Misunderstandings turned to hurt feelings. The dispute became petty and personal. Battle lines hardened. People talked behind each others’ backs. Ultimatums were made, and owners stormed out of meetings. Over it all hung the implicit threat that one or more owners would pull out of the business, forcing it to shut down. In the midst of this crisis, the firm approached me for help.

While confrontation over risk management is common, it needs to be addressed. In this case, the root cause was the informality of the owners’ decision making. That had been fine when issues were non-contentious, but now it wasn’t working. Any owner could block a decision by digging in his or her heals and refusing to go along. They were at a point where bad decisions would have been preferable to no decisions at all. People were holding on too tight, and they needed to let go.

Over two days, I showed them how. The solution was to formalize their decision making. I had them form themselves into a board. They had no chairman, so I asked them to elect one. They did so jovially, with nominees laughing and pleading not to be elected. It was the first time they ever put something to a vote. The election wasn’t unanimous, but no one complained or resisted. I was showing them how to let go.

I upped the ante, announcing that the two-day meeting would be a board meeting conducted according to formal parliamentry procedure. I didn’t ask if they wanted to, and I certainly didn’t tell them why. If they stopped to think about it, they might have thought I was crazy.

In a nutshell, parliamentary procedure offers rules for conducting a meeting that, if followed, help the group focus on one topic at a time, air the issues, vote, and then move on. Whether a group has five members or ten thousand, parliamentary procedure can shorten meetings and make them more productive. The philosophy is that the majority should decide, but minorities should be heard. There is no open-ended discussion that can go on and on, bogging down a meeting. Instead, everything centers around motions. There is no discussion until someone makes a motion. Then the group debates, possibly amends, and then votes on that motion. Once that is done, someone else can make a motion, and the process repeats. When the group runs out of motions to make, the meeting ends. It is action oriented.

In my two-day meeting with the owners, there was no shortage of motions we might debate. They had an enormous backlog of unaddressed issues. I started them off with some uncontroversial issues. They learned to make secondary motions—to amend, to table, and to end debate on an issue. At first, their participation was awkward, almost contrived. I told them this was natural, as they were just learning.

Then one of the owners made a novel motion. Out of the blue, he moved that the board recruit an independent director to add perspective and knowledge they lacked. This was a compelling idea. Debate was lively. Without thinking, people used the tools of parliamentary procedure they had found contrived minutes before.

The owners really liked the idea of an independent director, but they struggled with practicalities. How to find someone—and how to motivate or compensate that person? One owner related how he had been approached by another small firm to serve as an independent director, but he declined when he realized how much time it would require. After ten minutes of laying out issues, the group paused. Someone made a motion to end debate. The vote that followed was difficult. People were torn, but they voted it down.

The owner who first made the motion tried again, proposing a motion that they wait two months and then start a search for an independent director. He was ruled out of order on the grounds that his motion was substantially similar to the one just voted down. That was painful, but it was also a revelation. He realized the significance. Everyone did. They had made a decision, and parliamentary procedure now required them to move on. For so long, they had been unable to let go of issues. Now, with parliamentary procedure, they could. The lesson was powerful because the idea of recruiting an independent director was so appealing. There would be no independent director. It was time to move on.

From that point, the meeting was a flurry of activity as the new board laid foundations for effective risk management. The president was pleased that a motion to hire a full-time risk manager was rejected, but everyone worked together crafting a motion to form a risk committee of two owners and two senior employees. That passed overwhelmingly. The owners voted to have monthly board meetings. There would be a weekly exceptions report, documenting sales that violated credit procedures. A committee was formed to recommend next steps.

All the decisions were important but not as important as the lesson the owners learned those two days. They were friends once again, working together to build and protect their business. The key was parliamentary procedure.

Conflict arises over risk management in different manners, and it plays out in all sorts of ways. Finding a solution requires a keen understanding of the dynamics at play. What works in one situation won’t work in another. It is complicated, like trying to bring peace to the Middle East. When you succeed, it is something to be savored. That is what it felt like this time: as if I had brought peace to the Middle East.

The above  story is true. I have changed some non-material details to conceal the client’s identity.