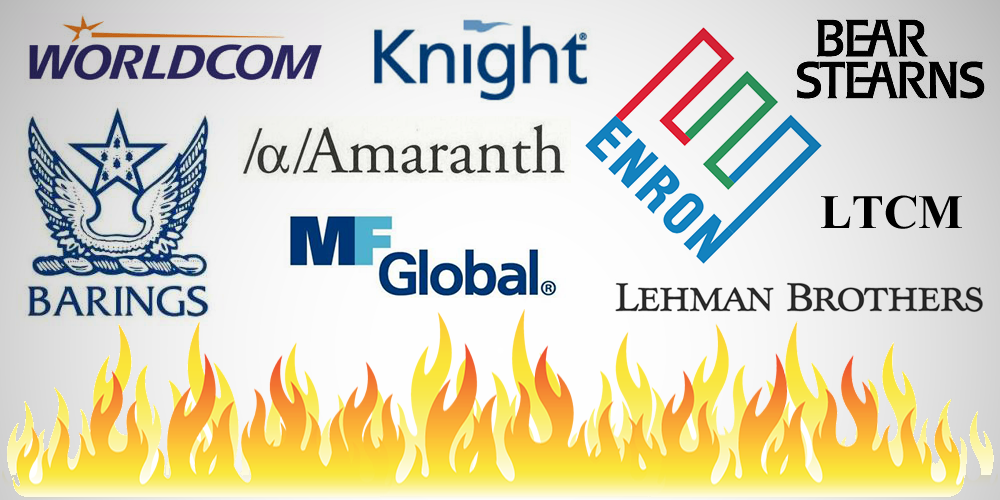 Those who cannot remember the past are condemned to repeat it.

Nowhere is George Santayana’s famous admonition more applicable than in the field of risk management. As a reminder of all the ways things can go wrong, I maintain an informal list of prominent risk management failures. I just updated the list and thought I would share it with you.

My list includes mishaps since 1994, when J.P. Morgan published RiskMetrics, So this update covers 21 years from 1994 through 2014. In preparing the update, I reviewed a similar list by Riskviews, which has more of an insurance focus. Motley Fool also has a list of sorts. Here is mine.

For example, my list includes one ponzi scheme, Bernie Madoff’s. Over the 21 years covered, there have been at least 51 ponzi schemes. Wikipedia maintains a running list. Similarly, I don’t try to record every accounting fraud, bank failure, insurance company failure and corporate bankruptcy.

I mostly focus on prominent mishaps that either made headlines or for which plenty of information is available, should readers want to learn more. I give preference to mishaps in jurisdictions that have reliable legal systems, so those mishaps happened despite regulation and not because of an absence of regulation.

I do not include market crashes or general disasters. This is a list of mishaps that befell individual organizations. Two exceptions are the 2003 mutual fund market timing scandal and 2012 Libor-fixing scandal, which I include. While both involved multiple firms, I consider both to have been a risk management failure for each individual firm.

While the 2011 Fukushima tsunami and nuclear accident was a general disaster, I include it as a risk management failure of Tokyo Electric Power Co.