The SEC’s Problem With the First Amendment 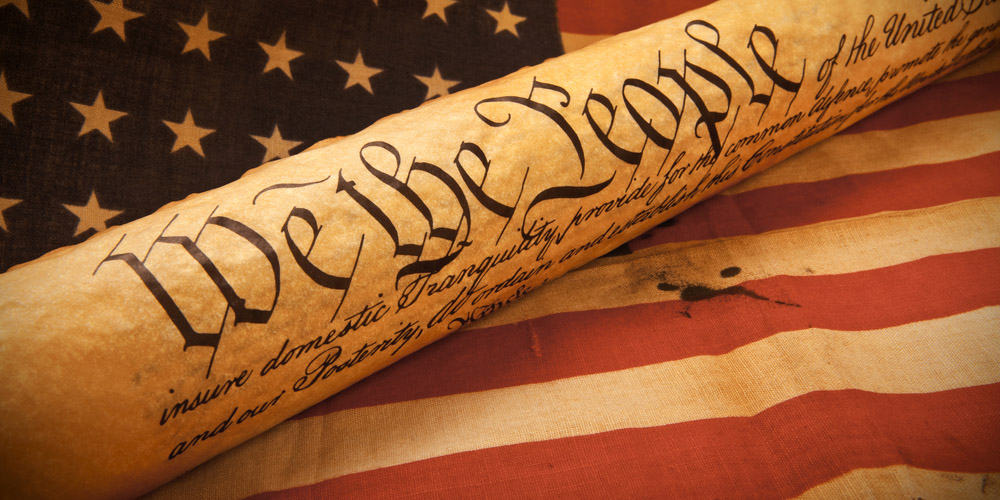 The SEC’s approach to regulating US securities markets relies on controlling speech: they compel “disclosures”, prohibit certain statements, and impose onerous requirements on others. All of this is difficult to reconcile with the First Amendment’s guarantee of freedom of speech.

Last week, the Supreme Court affirmed that the Westboro Baptist Church, based in Topeka, Kansas, can travel the country, picketing soldiers’ funerals, to communicate their belief that “God hates the USA” for tolerating homosexuality. The court’s decision is not as bold as it may seem. The Westboro Baptist Church is a fringe group posing no threat to the status quo. Their actions may cause profound pain for military families, but they don’t challenge politically powerful or monied interests.

The purpose of the First Amendment is not to protect creepy fringe groups. It is to ensure that citizens may, as the Quakers famously put it, “speak truth to power.” Let’s consider an example that does threaten powerful or monied interests and, under SEC regulations, does not have the sweeping protection the Westboro Baptist Church enjoys.

According to the average American’s understanding of the First Amendment, anyone should be free to make the following statement:

I believe Goldman Sachs wields political influence in Washington in ways that contributed to the recent financial crisis and continue to undermine sound financial regulation. I encourage Goldman Sachs shareowners to vote against incumbent board members at the firm’s next annual meeting.

Until 1992, the SEC broadly treated newspaper advertisements and even communications among shareowners about voting intentions as de facto proxy solicitations. It would have been illegal to circulate the above statement without a filing to the SEC and an expensive mailing of proxy materials to Goldman-Sachs shareowners.

In 1992, the Commission amended Rule 14a-1 to provide a limited safe harbor for a security holder to communicate how they intend to vote and reasons for doing so. The safe harbor applies only to security holders. According to the SEC, if you own Goldman Sachs stock, you are likely safe circulating the above statement. If not, you should probably keep your mouth shut. The Business Roundtable and US Chamber of Commerce may feel this is appropriate. They often complain about parties—such as unions or social activists—pursuing “private agendas” in corporate elections. If a group without an economic interest in Goldman Sachs were to make the above statement, their motives would have to be political, and thus suspect. This argument is flawed.

Under the First Amendment—despite the SEC’s narrowly worded safe harbor in Rule 14a-1—parties with no economic stake in Goldman Sachs have at least as great—and possibly greater—freedom to weigh in on Goldman Sachs corporate elections than do the firm’s security holders. If this seems counter-intuitive, read on. The First Amendment is richer than mere headlines about the Westboro Baptist Church imply.

The average American knows that the First Amendment doesn’t allow someone to shout “fire” in a crowded theater, but the Supreme Court recognizes broader exceptions. Since its 1942 ruling in Valentine v. Chrestensen, the court has distinguished between political or artistic speech on one hand, and commercial speech on the other. The former has full protection under the First Amendment. The latter has limited protection. It is because of this distinction that the government can regulate commercial advertisements.

If members of the Westboro Baptist Church were selling merchandise while picketing soldiers’ funerals, the Supreme Court might have shut them down.

But distinguishing commercial speech from other, fully protected speech can be problematic. Content or subject matter are not alone determinative. The motives of the speaker are also relevant. On a single day in 1978, the Supreme Court arrived at different conclusions in two related cases. In Ohralik v. Ohio State Bar Association, a lawyer had advertised legal services to accident victims in ways that violated state bar association rules. Because his motive was securing business for himself, the court deemed his speech commercial and ruled against him. In In Re Primus, a lawyer affiliated with the ACLU had advertised the organization’s legal services to a victim of a government sterilization program. Again, a lawyer was advertising legal services, but because his motives were political, the court deemed his speech non-commercial and fully protected under the First Amendment.

In this light, we can return to my hypothetical statement designed to influence Goldman Sachs’ board elections. If a group were to circulate that statement, and they had no economic interest in doing so, their speech would be fully protected under the First Amendment precisely because it was political. In my opinion, they could ignore most SEC proxy solicitation rules.

A more interesting question is whether such a statement, if made by Goldman Sachs shareowners, would constitute commercial speech. It wouldn’t.

The Supreme Court has always been hesitant about its commercial speech distinction and has applied it narrowly to just advertising. Merely having an economic interest in one’s speech does not render the speech commercial. In its 1973 Pittsburgh Press Co. v. Pittsburgh Commission On Human Relations decision, the Supreme Court noted:

If a newspaper’s profit motive were determinative, all aspects of its operations—from the selection of news stories to the choice of editorial position—would be subject to regulation if it could be established that they were conducted with a view toward increased sales. Such a basis for regulation clearly would be incompatible with the First Amendment.

In that decision, the court restricted the notion of commercial speech to:

… speech which does no more than propose a commercial transaction.

Much of the political debate in Washington is economically motivated, especially if it relates to matters such as government purchasing, tax policy, business regulation, international trade or entitlements. All of it is fully protected under the First Amendment. None of it is advertising. None of it is commercial.

The Supreme Court’s 1977 decision in Linmark Associates, Inc. v. Township of Willingboro rejected a claim that “For Sale” or “Sold” signs on the front lawns of homes were commercial speech. Willingboro was a mostly white township that was increasingly attracting minority residents. A proliferation of “For Sale” and “Sold” signs were a constant reminder for white families of this transformation. Concerned these were having a snowball effect, prompting ever more white families to leave, the township passed an ordinance prohibiting most such signs. The Supreme Court rejected the ordinance. In its ruling, they made an often-cited observation that someone should tape to the front door of SEC headquarters in Washington:

There is . . . an alternative to this highly paternalistic approach. That alternative is to assume that this information is not, in itself, harmful, that people will perceive their own best interests if only they are well enough informed, and that the best means to that end is to open the channels of communication, rather than to close them. . . . But the choice among these alternative approaches is not ours to make or the Virginia General Assembly’s. It is precisely this kind of choice, between the dangers of suppressing information and the dangers of its misuse if it is freely available, that the First Amendment makes for us.

Corporations profoundly impact our lives in so many way. While much speech related to corporate elections may be economically motivated, it is not commercial speech. There has never been much of an issue about this, but in last year’s decision in Citizens United v. Federal Election Commission, the court made it unequivocal. They determined on First Amendment grounds that executives can spend corporate resources to support political causes. This renders speech in corporate elections—in which shareowners choose who will represent them on boards—political. All SEC corporate disclosure or proxy solicitation rules that compel, place burdens on or limit speech are likely unconstitutional. They can and should be challenged.

The SEC can be successfully challenged on First Amendment grounds. The 1985 case Lowe v. SEC concerned Christopher Lowe, the publisher of an investment newsletter. Earlier, Lowe’s firm had lost its registration as an investment adviser as a result of misappropriating client funds and other misdeeds. The SEC deemed his newsletter to be investment advice and sought to shut it down. The court sided with Lowe on the grounds that there was no clear distinction between a newsletter that discusses investments and a newspaper that does. Today, anyone can run an investment newsletter. SEC rules under the 1940 Investment Advisers Act apply only to personalized investment recommendations.

The Supreme court is not a legislative body. They don’t take the initiative on an issue. Rather, they wait for cases to come before them. For decades, shareowners have mostly sat passively by as the SEC has deprived them of First Amendment rights. To gain relief from the Supreme Court, shareowners must confront SEC rules and prompt legal challenges.

Such an approach is undesirable because the Supreme Court can void SEC regulations, but it can hardly replace them with anything better. While the SEC’s approach to regulation stifles debate and eviscerates corporate democracy, it remains critical for preventing a host of financial abuses. Before we scrap regulations, it is important to know what will replace them.

For this reason, the most desirable course is to engage the SEC on this issue. We need to communicate that the First Amendment has consequences, and so does ignoring the First Amendment. The SEC needs to rethink their paternalistic approach to regulation, and they should review all their rules for conformity with the First Amendment, especially in light of Citizens United. Until this happens, corporate democracy will remain moribund.