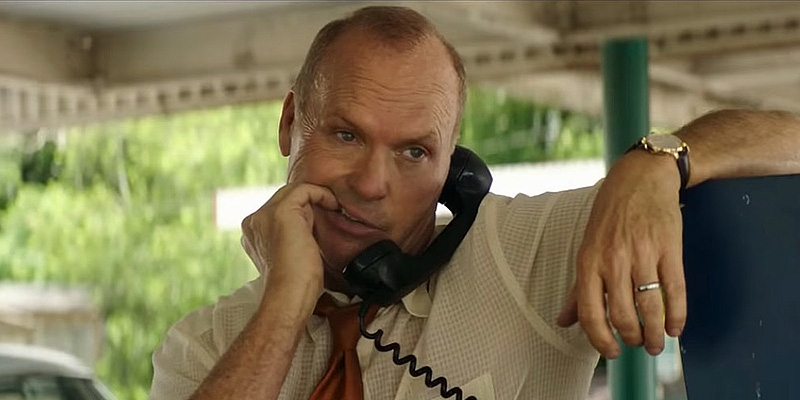 Salespeople are like “hired guns”. They play a unique role within firms. But when things go wrong, hired guns can become loose cannons.

There are two ways this typically happens. Recent events provide an example of each.

One is the Wells Fargo phony accounts scandal, which broke in September 2016 and is still making headlines. Bank employees opened deposit and credit card accounts for unsuspecting customers. The fraud was widespread—the bank claims to have fired 5,300 employees.

The other is a recently released movie, the Founder. It stars Michael Keaton as Ray Kroc, a former milkshake mixer salesman who built the McDonald’s chain of restaurants into a global powerhouse. This is a story of success, but it has a dark side—an associated disaster, actually.

Kroc claimed to have founded McDonald’s. The actual founders were two brothers, Richard and Maurice McDonald. In 1948, they introduced a novel “Speedee Service System” in their San Bernardino hamburger joint. The brothers tried but failed to franchise their idea. Kroc approached them about trying again, this time with him selling the franchise rights. They agreed, and he built a business with annual revenue of $700 million. He also squeezed them out of that business.

Wells Fargo and Ray Kroc are compelling stories. You may be familiar with both. Let’s use them to tease out a specific lesson for risk management.

I like working with good salespeople. They exude personality.

Not many people can hit the road at 9:00 a.m. and return to the office by 5:00 p.m. with a million dollar order in hand. That is what good salespeople do—the 20% of salespeople who bring in 80% of a firm’s sales, as the saying goes.

If you work in an industry whose product is “sold not bought”—life insurance as opposed to groceries, for example—salespeople are essential. A marketing executive once commented to me that salespeople should be a firm’s highest paid employees. He was right—for his industry.

I recall one salesperson who closed more sales than all the other salespeople at his firm combined. Let’s call him Jessie. Jessie was awe-inspiring, a whirlwind of activity and closed sales. The firm assigned salespeople to different territories and market segments, but Jessie didn’t care. He sold wherever and to whomever he liked. The other salespeople complained about this for months. Eventually the CEO acted, announcing that salespeople would only be paid commissions on sales they made in their own territory and in their own market segment. Jessie ignored him and kept right on selling as before. How did the CEO react? He backed down and continued to pay Jessie commissions on all his sales.

One of the worst things that ever happened to that firm was Jessie leaving for a competitor. Revenue dried up and the CEO instituted draconian cost cutting. A year later, Jessie announced that he was unhappy working for the competitor and was returning. No one said a word about his disloyalty, as they unrolled the red carpet.

Don’t confuse those exceptional interpersonal skills with loyalty or human empathy. Salespeople are hired guns, and their single minded focus on selling can have painful repercussions

In the Founder, Kroc cancels his country cub membership—casting aside what his wife perceives to be their social network—because he doesn’t consider people at the country club good sales prospects

Later he casts aside his wife.

He casts aside his business partners.

He casts aside the eager franchisee whose wife he pilfers.

Unlike salespeople with their single minded focus on selling, marketers must balance two competing goals:

This is a difficult balance to achieve. If marketing gets it wrong, the result may be either

In this regard, marketing has much to do with risk management—balancing risk vs. reward.

The Wells Fargo scandal is a perfect example. Immediate blame lies with salespeople who committed fraud. But the underlying cause was the firm’s flawed marketing. There were two particular issues:

CEO John Stumpf, who lost his job over the scandal, liked to quip “eight is great”, meaning each customer should have eight different accounts with the bank.

All this went on for years. Wells Fargo knew there were problems, as customers complained. Apparently the bank addressed individual incidents. What they should have done was fix the underlying problems with marketing.

Since we are on the topic of movies, let me recommend two classics that vividly depict how marketing can shape a dystopian sales environment. One is Glengarry Glen Ross (1992). The other is Boiler Room (2000). Both movies will teach you more about the dark side of marketing than anything I can say in this article. But if you care about your psychological well being, please don’t binge watch them back-to-back.

If you prefer to learn from historical examples, look no further than the 2008 financial crisis. At a host of financial firms, aggressive marketing spawned destructive sales practices—whether it was mortgage originators pushing liar loans or investment banks pushing toxic mortgage securities. Want to learn more? An excellent book is All the Devils Are Here by Bethany McLean and Joe Nocera (2010).

Leaders Who Shouldn’t Be

I mentioned there were two ways salespeople can devastate a firm, so let’s turn to Ray Kroc.

Brothers Richard and Maurice McDonald had a dream of franchising their “Speedee Service System”. Their association with Kroc was a disaster for them personally because he stole their dream. The fact that he was so successful with that dream only made the loss more galling.

The brothers made two mistakes:

Taking a salesperson out of sales and giving him or her leadership responsibilities is dangerous. Why? Because someone with a “hired gun” personality is not well suited for nuances and balancing-of-goals that accompany corporate leadership roles.

I’m not talking about salespeople who transition to other roles after failing at sales. Those people are not a concern. They probably didn’t have a salesperson personality type in the first place.

The problem is successful salespeople who transition. And the more successful they were at sales, the more dangerous they are likely to be.

I once had a front row seat when the CEO of a firm promoted one of his top salespeople to be head of marketing.

That was a rookie mistake.

The salesperson kept right on selling and earning commissions for himself. As head of marketing, he discarded existing sales policies and marketing material, with their safeguards and disclosures. He and his fellow salespeople put together their own marketing materials over drinks after work. They had a secretary type these up and make photocopies they could distribute to prospects.

Earned commissions shot up. The CEO was pleased.

The salesperson—I mean the new head of marketing—sat down with the small marketing staff he had inherited and told them all to get sales training. When they were done, he told them to hit the road and start selling. Those who did not comply were let go during the next round of layoffs.

Assigned to head marketing, the salesperson instead closed it down.

If a firm is thinking of transitioning a successful salesperson into a leadership role, here is my advice.

After they recruited Kroc, the McDonald brothers both kept on working in their one restaurant, flipping burgers and supervising staff. Instead, one of them should have left the restaurant and became the full-time architect and head of the franchising operation. Kroc should have been just a salesperson reporting to that brother.

Occasionally, successful salespeople rise to become CEO of their firms. This is more common at smaller firms than larger ones. It is more common in industries that sell large ticket items. The expectation is that, as CEO, the elevated salesperson will be an effective closer on large sales. While I understand the motivation, all the concerns I have outlined above apply. In such situations, it is important to have an effective c-suite and close supervision by the board.

Risk Management is About People

So there you have it, the two ways salespeople can devastate a firm:

Successful salespeople are like heroes in a Greek play. Their achievements can be magnificent, but in their personalities lie the seeds of tragedy.

Now let’s turn this over to you. If you have insights or “war stories”, please comment below. Or share this post with others on social media.