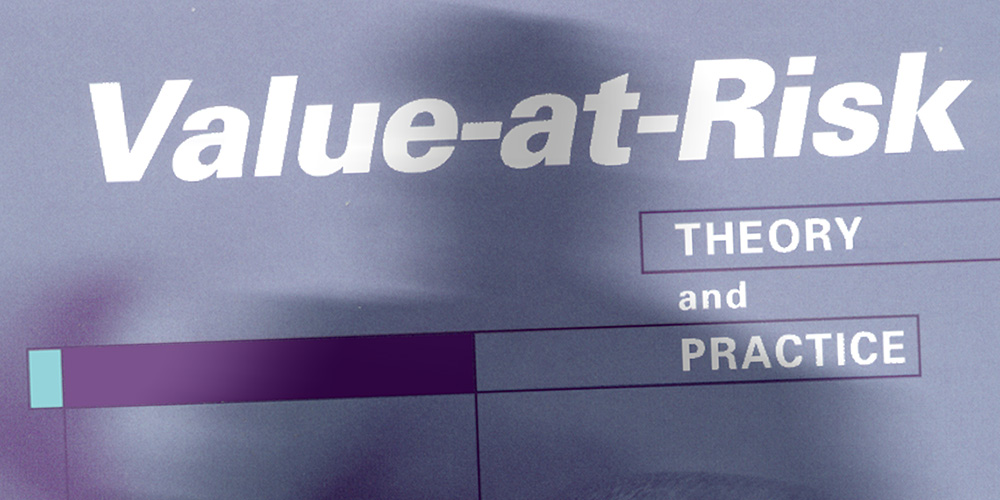 For the past four years, I have been living with a mystery—a real-life mystery about some things that weren’t supposed to happen but did anyway. Today I will share with you what has been going on, at least to the extent my limited knowledge—and my fear of a libel suit—will allow. Like any good mystery, this one offers more questions than answers.

I am prompted to write by a posting to the forum riskchat.com directed to me by a professor based in the Philippines:

Attn: Glyn, Re: your book

Academic Press, the publisher of your book, has been acquired, I understand by Elsevier. I have contacted Elsevier in this neck of the woods (Philippines) to acquire a copy for myself and a copy for the university where I teach. The Elsevier office here, however, could not find your book in their listings (even with the ISBN given). Kindly advise.

The professor is referring to my book Value-at-Risk: Theory and Practice. I devoted six years of my life to writing that book. It published in 2003, and at the time, Christopher Culp wrote that the book was “bound to become the standard advanced text and reference work on value-at-risk.” That didn’t happen. Instead, e-mails started arriving from people frustrated they couldn’t get copies. Within three years, the book was taken out of print.

Elsevier is one of the world’s largest publishers, with distribution channels in pretty much every geographic region. There should have been no problem, but there was. There were many problems, actually. I detailed these in a letter to Duncan Enright, publishing director at Elsevier.

1. The book was not cataloged with the US Library of Congress. Three months after it published, I insisted that this be done.

2. An incorrect ISBN was widely distributed for the book.

3. Incorrect shelving instructions were distributed for the book indicating that the book should be shelved under marketing or radical economics instead of finance.

4. The book was not listed in the US catalog Books in Print. Repeated requests for this to be fixed were to no avail. I eventually fixed it myself.

5. Incorrect and incomplete information about the book was posted to on-line bookstores. For months, I asked that this be fixed. It never happened. Eventually, I contacted the on-line bookstores and fixed the problems myself.

6. Inventory management failed to reprint the book last spring, so the US supply ran out. Extra books were not secured from the European warehouse, so the book went out of print in the US. Rather than rush a second printing, Elsevier spent four months on the reprint. The book was out of print in the US during the critical September month.

… I have spent considerable time identifying and working to resolve issues. While doing so, I have been troubled by a lack of candor and frequently poor cooperation from Elsevier staff. It seems that, as quickly as I resolved problems, new problems cropped up … I am no longer attempting to identify or resolve problems. I am now focusing my efforts on obtaining a reversion of rights, which is the purpose of this letter …

Essentially, the letter said that Elsevier staff, rather than marketing the book, had presented would-be buyers with misinformation, denied them information or otherwise put up roadblocks in about every distribution channel I could think of. If a would-be purchaser had the wrong ISBN number, she would be frustrated searching for a copy online. Any acquisitions librarian would have reservations about buying a book whose publisher didn’t bother to catalog it with the Library of Congress or list it in Books in Print. Someone browsing in a bookstore for a book on value-at-risk would reasonably look in the finance section, and not find my book shelved under radical economics.

There were really two reasons why I approached Elsevier to have rights in the book returned to me. One was the marketing issues detailed in my letter. The other, which I did not mention to Duncan, involved the author of a competing book on value-at-risk. Let’s call this author Junior. 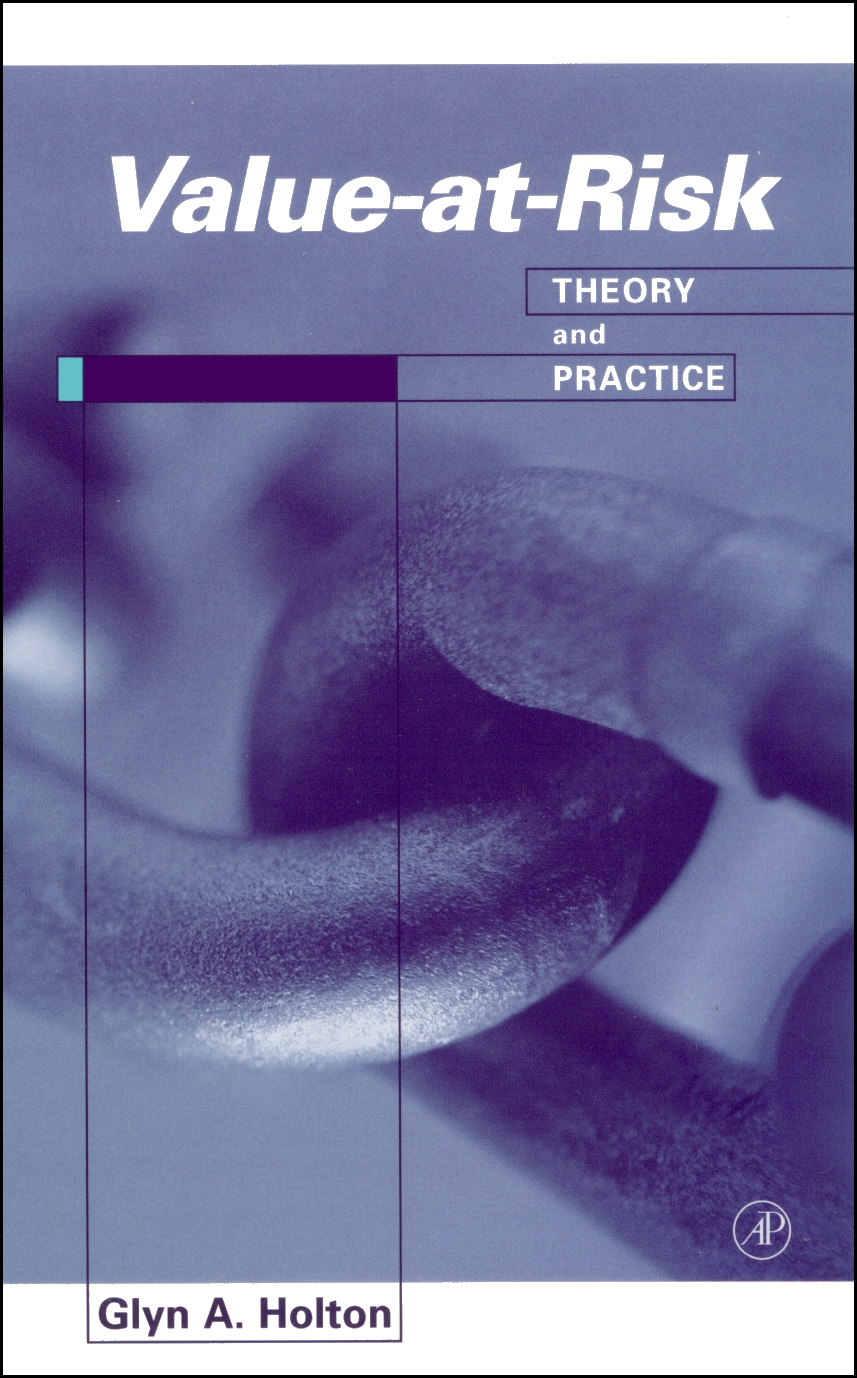 My book Value-at-Risk: Theory and Practice

Junior had had previous business dealings with one of the editors at Elsevier. That relationship was not disclosed to me until after I had signed a publishing contract. Normally, such a relationship wouldn’t be a big deal. Any editor should know a lot of potential authors. However, Junior wasn’t just any competing author. I knew things about his attitudes and ethics that would have kept me from signing that publishing contract. When the editor sheepishly did acknowledge the relationship, it was too late. I had signed the contract, and there was no backing out. All I could do was assume the editor would act professionally and hope for the best. As my letter to Duncan indicates, my hopes were dashed.

Were the marketing problems and the relationship with Junior somehow related? It is hard to say. I certainly know more about both than I will relate here—a lot more. However, if pressed for a definitive answer, I would have to say I am not in a position to know. I have many questions but few answers.

I apologize to everyone who was inconvenienced by what happened. In particular, I received numerous e-mails from professors who never received review copies of the book, which they had requested from Elsevier. I interceded for all of them with the publisher, but I suspect none ever received copies. Those professors could probably have obtained a review copy of any other finance book from the publisher—any but mine. Despite considerable interest, I believe this prevented my book from being adopted for a single finance course. If it were, the adopting professor would have been disappointed when the publisher temporarily took the book out of print over September 2004, as there would have been no copies available for students anyway.

As it turned out, Duncan Enright responded favorably to my letter, commenting

Thanks very much for your letter which arrived last thing on Friday … The problems you mention are rather unusual. I won’t trouble you with explanations or excuses as it is clear you want to talk about the future.

It is not our normal policy to grant a reversion of rights, but there is little point in my view in continuing as we are. I am therefore prepared to give you back your rights subject to some conditions, which I hope you will understand …

Thanks again for the letter.

Duncan’s conditions were just a few loose ends, which we soon cleared up. Today, I again own all rights in my book. I need to find a publisher to re-release the book. My main problem is time. I am so busy I don’t know when I will get around to it.

Until then, there are still copies available for sale. A good place to look is amazon.com, which lists new or used copies available from third-party vendors. Some of those vendors will ship internationally. The last time I checked, copies were selling for around $115, which is $20 over the list price. I am flattered the books are selling for so much, but I don’t want readers getting gouged. If prices rise too much, I have a number of personal copies which I will list on Amazon to put downward pressure on prices.