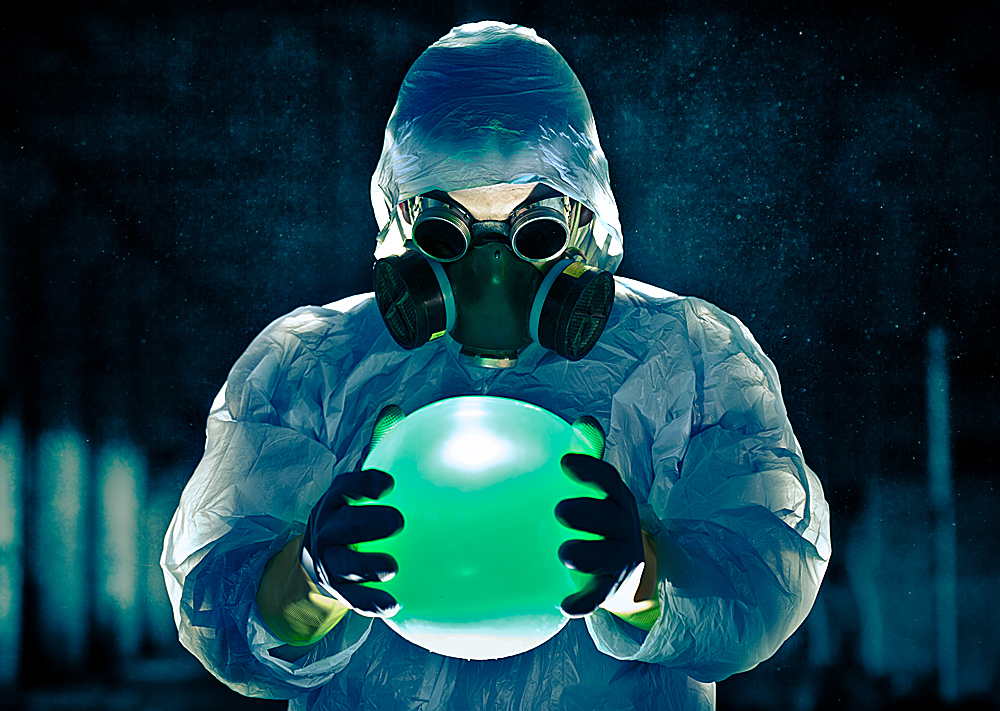 Long before Mark Twain stood on Wall Street and saw it was a “street with a river at one end and a graveyard at the other,” there has been financial manipulation and scams. During the Punic Wars against Carthage, businessmen offered to ship supplies to Rome’s army on condition the state insured their ships and cargoes against loss. With the insurance in place, the businessmen loaded non-seaworthy ships with rotten goods and scuttled them at sea.

Recent history has seen more than its share of abuses. During the 1980s, Salomon Brothers foisted overpriced mortgage-backed securities on savings & loans as a way for those institutions to “enhance yield.” We soon had the savings & loan crisis to clean up. In the early 1990s, we had the structured notes scam, which involved selling leftover “toxic waste” to unsuspecting Midwestern insurance companies. Even younger professionals remember the dot-com boom, when hundreds of worthless internet companies were hyped to the investing public.

Wall Street’s best scams are those that involve coordinated, overwhelming hype. We saw this in the dot-com bubble, and we are seeing it now, beautifully executed, with hedge funds. Anywhere you look—newspapers, magazines, television, websites, books, congressional hearings—you learn that hedge funds are run by superstar managers employing brilliant investment strategies to reap extraordinary profits for their sophisticated investors. Like the dot-com bubble before it, this is a crock of shiitake.

Most of the “sophisticated” investors jumping into hedge funds—including too many pension fund, foundation and endowment trustees—don’t hold graduate degrees in finance. They know little, if anything of the efficient market hypothesis. Based on extensive empirical studies over several decades, this concludes that active investment managers don’t add value for investors. Their portfolios routinely under-perform the market before fees and expenses. When fees and expenses are factored in, they under-perform by a wide margin. An investment manager who outperforms one year is no more likely to outperform the next year than is any other manager. Occasionally, there are managers like Peter Lynch who outperform reasonably consistently for several years, but these are rare—fewer than we would expect if performance each year were purely random. After all, if you get enough people together in a room flipping coins, several of them are going to flip ten heads in a row.

Anyone who has delved into the literature on efficient markets should smell a rat when thousands of hedge funds are being launched each year, all flamboyantly claiming they can earn returns massive enough to cover their typically 2% management fee, 0.4% “administrative fee” and 20% incentive fee, not to mention the enormous brokerage fees the funds rack up on their frenetic trading.

Now don’t tell me the proof is in the pudding, because there is no pudding when it comes to hedge funds. Mutual funds are required to report their net asset values daily. If the mutual funds are willing to buy or sell shares at those values, the numbers have to be reliable. Hedge funds, on the other hand, are not required to disclose daily valuations. If they do, these are just whatever numbers the hedge fund manager comes up with. Investors aren’t allowed to buy or sell shares at those values, so the numbers could be (and often have been) bogus.

There are various hedge fund indexes compiled by the hedge fund industry. These purport to track hedge fund performance. They boast exceptional returns, but there are numerous flaws in how the indexes are compiled. Those flaws bias returns upward by several percent while biasing volatility downward to an even higher degree.

I won’t delve into all the sources of bias in those indexes, but let’s look at two. One is survivor bias. Reporting is voluntary, and hedge funds can stop reporting their performance whenever they like. I don’t know what indexes Amaranth reported their performance to, but I can’t imagine them taking the time to communicate their staggering losses to the indexes as the fund imploded. Why should they bother? I doubt any of the other numerous funds that have failed over the years bothered to make sure the indexes had the ugly numbers describing their death spirals. The hedge fund indexes—run by the industry to promote the industry—sheepishly say there is nothing they can do about such survivor bias other than hope it doesn’t distort their indexes too much.

Another huge source of bias arises from hedge funds inflating the reported values of their portfolios. If you find this hard to believe, read the Wall Street Journal. We are in the midst of a market meltdown stemming from aggressive subprime mortgage lending. Those subprime mortgages were repackaged as collateralized debt obligations (CDOs), many of which landed in hedge fund portfolios. Industry participants acknowledge that, should the hedge funds try to sell, the CDO market will collapse.

Let’s make this clear. The hedge funds are holding illiquid securities and valuing them at prices they could not receive if they tried to sell them today. Stated another way, they are overvaluing their portfolios, and their brokers are lending credibility to it by serving up inflated indicative prices for the securities. Investors are burned, not only because their investments are worth far less than they are being told, but also because they are having to pay the hedge funds fees based on the inflated valuations. The hedge fund indexes dutifully record the inflated valuations, adding to the myth of hedge fund outperformance.

Why do the brokers stand by the hedge funds? Why shouldn’t they!? I don’t have reliable figures, but I estimate that brokers earn $30 billion a year in commissions from their hedge fund clients. That is a staggering sum, even by Wall Street standards. That pot of gold is the reason the hedge fund industry exists as it does today. Fifteen years ago, the things that are going on would have been illegal. In the 1990s, when we were distracted by Bill Clinton and a semen-stained dress, lobbyists for the brokerage industry quietly had one law changed and one regulation clarified. That opened the door. The hype started, and hedge funds proliferated. Then Long-Term Capital Management failed, but the hype kept coming. The hedge fund train had left the station, and nothing was going to stop it. Another Wall Street success story! Print the bonus checks.

One fly in the ointment is the troublesome fact that the hedge funds can’t really produce the returns that are claimed for them. This can be hidden from the media and general public, since the industry has no disclosure requirements, but it can’t be hidden from the investors in those actual funds—at least not over the long-term. Those investors won’t know how other hedge funds are doing, but they will know that their own hedge funds have disappointed. They will pull their money and the hedge funds will fold. Every year, thousands of hedge funds quietly shut down without any sort of public announcement or explanation. This means the brokerage industry needs to replace them or lose the $30 billion pot of gold. Other clients don’t have 1000% annual turnover rates the way hedge funds do, so they don’t generate nearly the same commissions. The brokers need new hedge funds to replace the ones closing down, and they actively help launch them. They pony up advice, office space, systems and client introductions. Today, if you have a pulse and a firm handshake, you can launch a hedge fund. Just call your broker. They will do the rest.

It is great for the brokers, and it is a sure thing for the newbie hedge fund managers. Imagine that your broker sets you up with a $250 million hedge fund. Even if your performance is atrocious, you will be earning $5 million a year in management fees. Hold on for two years, and you will be rich. You might even get lucky and have positive returns, so your 20% performance fee kicks in. You could walk away with $20 million after two years. It doesn’t matter. Win or lose, you are going to make a killing.

Your broker is also going to make a killing. There is no contractual obligation for you to trade frenetically, but you will. The broker will review your account periodically. If they are unsatisfied with the commission income from your hedge fund, they will increase your commission rate. Hedge fund managers know where they stand. They trade frenetically.

The brokers need the hedge funds, and the hedge funds need the brokers. They are getting rich together, and this being Wall Street, there are favors. A broker gets tired of having to constantly launch new hedge funds, so it tries to boost hedge fund returns. When a mutual fund or other institutional investor places a large order to buy or sell stocks, the broker let’s the hedge fund know in advance, so it can frontrun the trade. This is illegal, and the SEC wants to investigate, but it is difficult to prove. The tip-off doesn’t exactly come over the recorded line.

Now suppose the broker is underwriting a CDO backed by subprime mortgages. The CDO is broken into various tranches. Some have little credit risk, and they are easy to sell to investors. Others have more credit risk, and they are more difficult to sell. A few are “toxic waste,” and no one wants to touch them. The hedge fund does the broker a favor and buys the toxic waste. They don’t really want it, but as long as things don’t come unglued, they can carry it for years in their portfolio at inflated valuations. The broker will provide the necessary indicative quotes. Is it any surprise that Bear Stearns was active in the subprime CDO market, and two hedge funds they launched were sitting on subprime toxic waste? In that case, of course, things came a little unglued.

If I had my way, legislators around the world would shut down the entire hedge fund industry. That is not likely to happen. Joseph Stalin once ask rhetorically, “How many divisions has he got?” If the brokerage industry asked how many lobbyists I had, I would have to admit to having none.